Owen Halshaw Gets a Taste of Software Development

From the 2nd to the 6th of April, Kaber Helm had the privilege of hosting Owen Halshaw, 16, as part of Fife Councils work-based placements to help develop Fife's young workforce. As usual, we jumped at the opportunity! 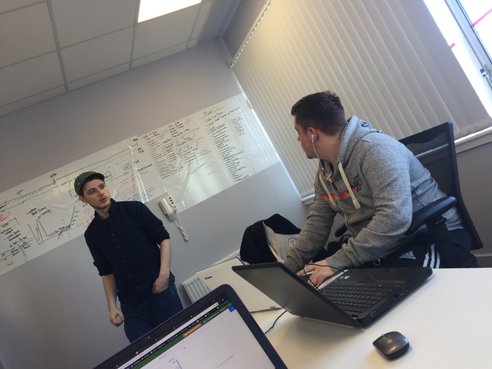 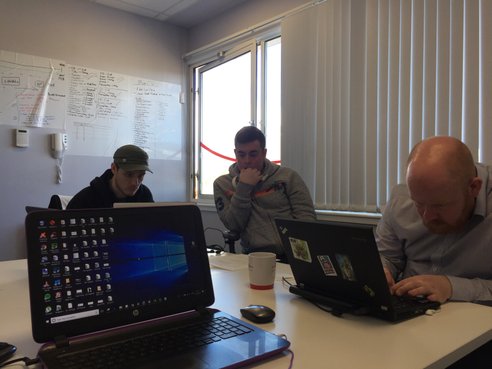 Fife Council had listed particular units we needed to complete during the course of his placement (1 week in April, July & October), as well as documenting the use & application of his knowledge. Some of the things we needed to cover included researching & defining customer requirements, event-driven programming and data modelling. Our biggest challenge was how to make these seemingly manila activities more interesting, as we wanted to ensure he was engaged and would want to continue doing it!

Owen was drawn to software development by his love for gaming, and though James Anderson has a background in gaming, time was against us for a 3-week project… However, in the world of gaming there is a platform that acts as a huge database & shop, that platform of course, is Steam.

Using members of the team, we acted like customers. This allowed us to engage Owen in a question and answer-based forum, it also allowed us to guide him towards understanding all the specification information we require & why we must be so rigorous.

From here needed to map the process and discuss the correct architecture to use for the build, we continued by creating object maps for the program itself – best practice for versioning & reference – all things we thought were valuable for Owen to see.

Given that we created a small online database for games, we created a membership-based system in order to showcase event-driven programming using dynamic user permissions to control features of the program. The data modelling was covered in the main database set up – not to mention all the back and forth between the database and the application.

At the end of the first week, Owen had produced the basic skeleton & User Interface (UI) for his web-based application, this was also fully connected to the database and implemented a full CRUD1 functionality. Fair to say, it was rather impressive and think even Owen was impressed with what he had in place.

The next time we see Owen our focus will be on aesthetics & filling the databases with mass imported data – The best way to test a system is to pretend it’s real – with another good week like this one who knows how far we’ll get!? We look forward to hosting Owen again in July of this year!

See What The Team Has Been Working On