If you follow our company regularly, you will know we have a huge culture of learning and challenging ourselves, as well as those around us! Part of this journey and commitment for us means helping Fife Council when it comes to their Foundation Apprenticeship programme. Through this programme, students who have an interest in more specialised fields get the opportunity to work alongside companies who work in these industries. When it comes to our support, it's obviously about Software! 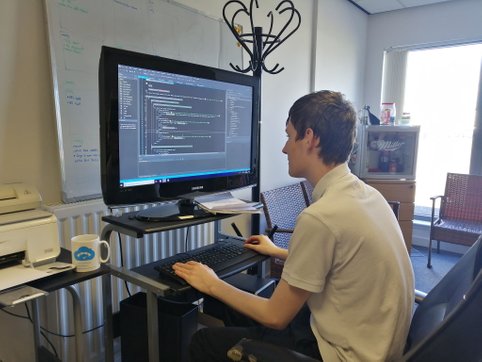 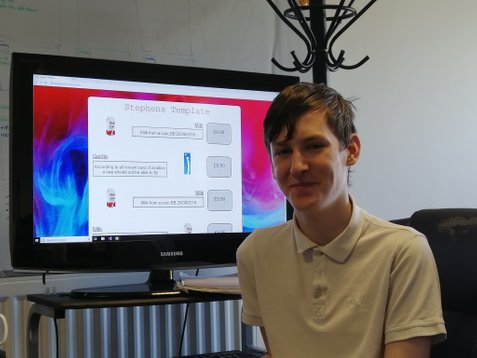 Given that we just hired Lukasz Humeniuk, one of our foundation apprentices from last year, we at Kaber Helm have a slightly different understanding of this programme now, and what is possible at the other end of it! Supporting the young workforce has become a fully cemented passion of the company and the team members.

Back to Stephen! On Monday the 17th of June Stephen came to the Kaber Helm office for what would hopefully be an eye-opening week for him. First, we had to determine his skill level. This is easier said and done as the schools use a different language for programming than we do for delivering real-world solutions, and even then, depending on if Stephen self teaches...

After a brief few challenges, and a flick through his portfolio, we were able to get him onto one of our customer contracts working on a new area of an operational system. This is challenging enough from a programming perspective, but we wanted to test Stephen to see how he thinks and the kinds of questions he would ask as he got through his piece of work.

As the week went on Stephen picked up many tips, tricks and tools from us Including a new programming language! He started to question the business process and why we made certain decisions which we thought was perfect. By the end of the week, he was able to fill in his project booklet, he had exposure to a fast-paced work environment and had learned a few new things he could take forward.

In reflection, Stephen told the team he had enjoyed his week, and we truly hope he did! Taking part in these programmes is about bettering our team and those who our team works with. We want to help set a standard for getting young people exposed to the software engineering industry and letting them see what this is all about!

Do You Have a Problem Needing Solved?
Check Out What We Do!
Read our Blog: The Kaber Kronicle
See Other Case Studies